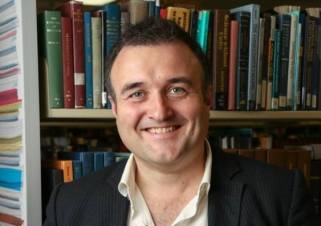 Rónán McDonald is Professor of Modern Literature at the University of New South Wales, Sydney. Between 2010 and 2015, he held the Australian Ireland Fund Chair in Irish Studies at UNSW and since, 2012, has been the President of the Irish Studies Association of Australia and New Zealand. His research interests span modern Irish literature and culture, modernism, theories of cultural value and the role of the humanities in the modern university.  He is the editor of a new collection of essays The Values of Literary Studies: Critical Institutions, Scholarly Agendas (Cambridge University Press, 2016). Other books include Tragedy and Irish Literature (2002), The Cambridge Introduction to Samuel Beckett (2007) and The Death of the Critic in (2008). He is co-editor of Flann O’Brien and Modernism (Bloomsbury, 2014).

View all posts by beckettsummerschool